Windows 10 version 20H2 is finalized and available for download. There is still no official release date. The install is fairly quick if you have the last major update (May 2020). It will be a full feature update (reinstall) for systems running Windows 10 version 1909 and prior.

Windows 10 May 2020 new features include improvements to search, an update to the new Microsoft Edge, improvements to Bluetooth pairing, and minor interface changes. You can now place, receive, or text replies to your incoming phone calls directly on your PC using the phone app.  Support page.

We recommend installing (or having us install) the 2020 Windows update (Version 2004, released May 2020). This will prepare you for the update coming in October as well.

Just a reminder: Starting October 15th, Outlook 2010 and Outlook 2013 can’t use the newer connection methods and so they may have problems connecting to their mailboxes in Office 365.

On September 28-29 many users were unable to log in to Microsoft Outlook and other Office 365 services. What went wrong.

The next version of MS Office will probably be called Office 2022. It is expected in the second half of 2021. A standalone retail version is planned.

Users are reporting that their Windows login (tied to a Microsoft online personal account) disables Office 2019 (retail, not Office 365) for everyone except the original Office 2019 purchaser.

Microsoft Teams will soon get the ability to merge phone calls.

E-Book Manager Calibre 5.0 has been released. Manages you ebooks and convert formats.

“It allows you to instantly access your Android phone’s mobile apps directly from your Windows 10 PC.”  Which phones work

Gmail now has email, chat, and meetings are now all integrated in one Gmail browser session.

SBA PPP loan processing is being contracted for a turnkey commercial SaaS package to handle loan forgiveness applications under the PPP…. Lenders are “struggling right now because they’re trying to get things through the pipeline in forgiveness but are receiving a lot of error messages that a lot of the data is wrong, that they’re ending up with a very, very small percent of what they submit being accepted the first time around.”

Double Robotics self-driving robot provides telecommuters and distance learners with high resolution, mixed-reality, mobile video chat for only $4,000.  Drive your virtual self around the office or factory.

And an air purifier. My favorites, with HEPA filtering: AllerAir  AirPura

The Supply of Disinformation Will Soon Be Infinite

Artificial intelligence can now write articles which can’t be distinguished from human writers. Disinformation campaigns used to require a lot of human effort, but AI will take them to a whole new level.

Emotet is a malware infection that spreads through spam emails containing malicious Word or Excel documents. Use Have I Been Emotet to check if your email address was used. 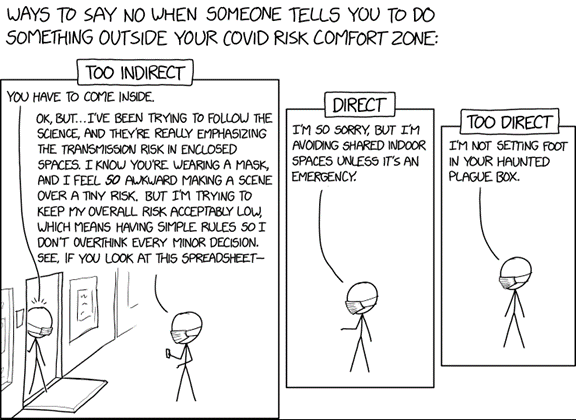