Windows 11 – The first feature drop – just released – is bringing: tabs for File Explorer, the suggested actions feature, a tweaked “open with” interface, taskbar overflow and link to Task Manager options, a share to more devices feature, the ESPN app, and an updated Photos app. Feature drops install much like cumulative updates for Windows. Another one is coming next January.

Microsoft is disabling Exchange online basic authentication for email. It is being rolled out now to all  Office 365 accounts.

We have seen some clients with Outlook 2013 unable to log in. This is because it uses the older basic authentication. Outlook 2013 is unsupported when used with Office 365 (Exchange Online) email. There is a workaround – contact us.

As mentioned, some older printer/copiers may stop sending scans via email if configured to use older email authentication standards. Some software that sends email may also be affected.

Email accounts using POP or IMAP – which use basic authentication – are vulnerable.

Teams will now have over 800 emojis from which to choose.

Microsoft is rebranding most of “Office” to Microsoft 365. Web links are changing. Microsoft will migrate and rename all its Microsoft 365 links from the office.com domain to use microsoft365.com. Guide to Microsoft Portal URLs.

StarLink Internet has been a good solution for some of our rural clients. Prices start at $110/month.

xFi Complete from Comcast may offer higher upload speeds, which is important for remote work. It’s not available locally yet. Details.

Those who pay $7.99 monthly say they have not yet received the price increase emails.

YouTube is testing up to 10 unskippable ads before videos.

Installing a content blocker, such as uBlock Origin, may help on PC browsers.

Netflix Basic with Ads is launching in November, $6.99 per month.

Netflix has lost more than 200,000 subscribers.

The Man Who Controls Computers with His Mind.

The robot takeout revolution – seems to be getting lost.

PC sales are down about 20% in the 3rd quarter. Supply is improving some, but prices are not coming back down.

Tesla, Netflix, and Coinbase have all announced layoffs in recent months.

Many companies mentioned growth during the pandemic came to a sudden stop.

Soundcloud layoffs impacting up to 20% of the company.

140 iRobot employees will lose their jobs.

Vimeo is cutting 6% of it’s workforce.

Robinhood is laying off 23% of its workers.

Microsoft is cutting 1% of it’s workers.

Meta and Amazon have stopped hiring.

Intel said there will be layoffs coming. 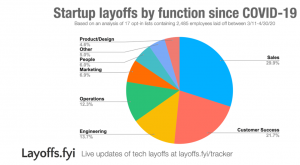 Rare Third-year La Nina weather pattern predicted. This may be another dry winter.

According to The Times’ drought tracker, more than 97% of the state is now under severe, extreme, or exceptional drought, the three worst categories.

Only 19.4 million Americans have received a bivalent COVID booster—just 6 percent of the people eligible for the shot.

COVID boosters and the latest research – Bivalent may not be better.

SaaS platform Phishing – whenever you’re requested to enter your account credentials, ensure that you are on the legitimate website URL before you start typing in the form boxes.

Twilio Reveals Another Breach from the Same Hackers Behind the August Hack. 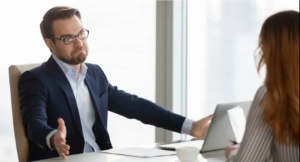 We’re not going to lay you off, Andy, but we are going to store you in the cloud for a bit.