The May 2019 Windows 10 Feature Update was released May 21st. We recommend not installing it till the bugs get worked out, as usual. Last time this took several months. Microsoft will force an upgrade before the version you are on becomes unsupported. This is a change – previously it would not be forced.  Support will end for Version 1803 in November.
You can see your version by typing Winver at a dos prompt or looking at the properties of “my computer”.

Known issue with the May Feature Update are listed here. Some older drivers including Realtek and Qualcomm Bluetooth and Intel display audio drivers are incompatible.

Microsoft Office users on a subscription (perpetual version) will see updates to the ribbon and look of MS Office programs. The “simplified ribbon” in Outlook can be turned on/off (for now) by selecting the “Coming Soon” switch in the top right.

Desktop Icons have a new look as well. 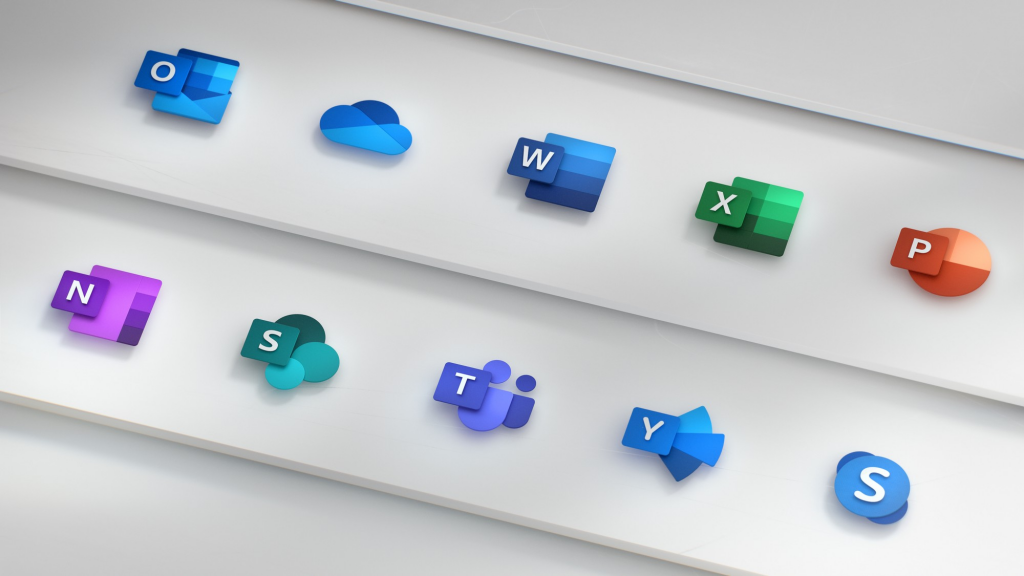 Teams will now be automatically installed as a part of the MS Office suite for subscription users.

If you write in Microsoft Word Online, you’ll soon have an AI-powered editor. Word will soon get a new feature called “Ideas” that will offer writers all kinds of help with their documents.

Gmail scans emails for receipts and collects these automatically.  The purchases are neatly listed on a hard to find Purchases page on Google’s My Account portal.

Other competitors such as Amazon, Telesat and OneWeb, are also launching satellites.

CISA recommends that administrators implement the following for Office 365 accounts:

Newly discovered vulnerabilities in Intel chips can be used to steal sensitive information directly from the processor under the right conditions. Computer makers Apple and Microsoft and browser maker Google have released patches, with other companies expected to follow.

The ZombieLoad attack allows stealing sensitive data and keys while the computer accesses them.

2.3B Files Exposed in a Year due to misconfigured cloud storage.