Microsoft Windows 7 and Server 2008 will no longer receive security patches as mentioned last month.  Be sure to upgrade.

There are 2 new laws going into effect on February 16, 2020 that require that business phone systems work in specific ways when dialing 911.  If you are considering a new phone system, make sure the vendor can comply with these requirements.

Locations with Multiline systems (MLTS) must remove any requirement that a caller dial “9”, “8”, or any other number to reach an outside line to make a call to 911.

When a 911 call is placed from an MLTS, a notification must be sent to on-site personnel, alerting them to the emergency.

Organizations with MLTS must provide dispatchable location, i.e., street address, floor, room and/or suite number (if applicable) to public safety with 911 calls – not just the address.

“Request Files” has rolled out to Office 365 tenants and makes gathering files from others very easy. OneDrive file Sharing Basics.

TeamViewer 12.0 trial morphs into a subscription and then they debt collect you without warning.  To cancel the trial or subscription you must create a support ticket.

LastPass is discontinuing its native Mac app and replacing it with a more universal web app.

LogMeIn, the parent company of LastPass, announced in 2019 that it will be acquired by a private equity firm.

This will not affect paid users, just those who got free accounts with custom domains.

Having an online store can potentially trigger tax obligations in 43 states.

The new Edge browser will use the same underlying technology as the Chrome browser.  It will be installed along with Windows updates over the next few months, or you can download it now.

It will be possible to install Chrome extensions in Microsoft’s new web browser as well as extensions made for Edge exclusively.

Beginning with Version 2002 of Office 365 ProPlus, Microsoft will install a browser extension that makes Bing the default search engine for Google Chrome. Microsoft 365 Roadmap ID 59917.  Admins can stop the ’Microsoft Search in Bing quick access’ extension from being installed. The various methods are documented here.

This could break some existing websites. If you have trouble accessing a website using Chrome, try another browser. Starting Feb. 4 (release of Chrome 80), Google Chrome will change how they handle cookies.  …companies and publishers will be forced to move to HTTPS. If they don’t, their cookies will be discarded by the browser.

Feb. 12th is National Clean Out Your Computer Day

Get on-screen icons for Caps Lock, Num Lock and Scroll Lock with addLEDs.

A drug designed entirely by artificial intelligence is about to enter clinical human trials for the first time.

12 Books To Grow Your Mindset And Change Your Life

Devin Nunes’ cow – What not to do to avoid negative publicity. Followers went from about 1000 to 700,000 after fighting it in court. 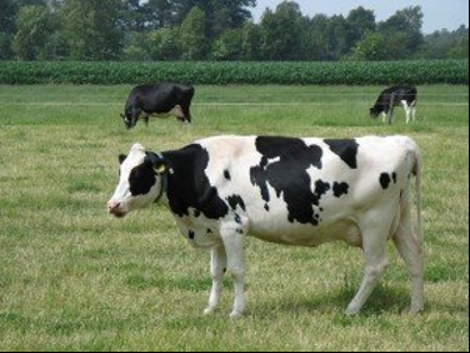 The funniest things to ask Alexa

World Economic Forum report once again lists cyberattacks as one of the top threats facing the world in 2020 – alongside climate change, extreme weather and natural disasters.

Phishing is now the No. 1 attack of choice for cybercriminals.

“…the sneakiest phishes are highly socially engineered and customized for a specific intended recipient.” They can reference other staff, and appear to come from your boss or co-worker.

Multiple cable modems used by ISPs to provide broadband into homes have a critical vulnerability that would allow an attacker full remote control of the device. The affected devices numbers in the hundreds of millions worldwide. The bug (CVE-2019-19494) is found in cable modems from Arris, COMPAL, Netgear, Sagemcom, Technicolor and others.  Contact your ISP for a software fix.

Ring allows police access to users’ videos without a subpoena or a warrant.

The United Nations was the victim of a massive, likely state-sponsored hacker attack this past summer, according to reports from The New Humanitarian and Associated Press. The UN didn’t disclose the details until forced to by publicity.