Microsoft Turns Off Basic Authentication for Autodiscover (used by smartphones and devices).

This is part of disabling Exchange basic authentication for email.

Microsoft is testing several additions to the Windows 11 Start Menu that will introduce advertisements.

The connectivity protocol from Amazon, Apple, Google, Samsung, and others promises to make all your smart home devices work together.

Why you shouldn’t plug space heaters into power strips.

Voice assistants are not being used for purchasing as hoped.

Twitter competitor Hive has been taken offline due to security concerns.

A few days before a potential new breach at Twitter, the previously announced database of 5.4 million accounts was made available on a popular hacker forum for free.

US bans sales of Huawei, Hikvision, ZTE, and Dahua equipment.

California Cities Brace for Water Cuts and a Fourth Year of Drought.

“..the worst drought the country has experienced in over 1,000 years.”

LastPass customer data accessed after cloud storage service hack. According to LastPass, no passwords were compromised.

Sirius XM Bug could be used to hijack cars.

Researchers discovered flaws in some apps linked to car brands that allowed for personal details and remote control of vehicles using easily-obtained IDs. Brands include Nissan, Honda, Infiniti, FCA, and Acura. The bug was patched, but it shows how cars are vulnerable to hacking. 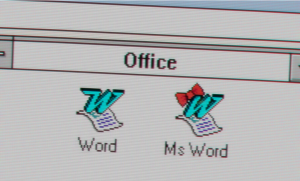